What is HDMI? What is it used for & what are its benefits? If you have these questions in your mind, then you have come to the right place. This article has detailed info on HDMI, from its definition to its types and benefits. So, if you’re curious, let’s begin. 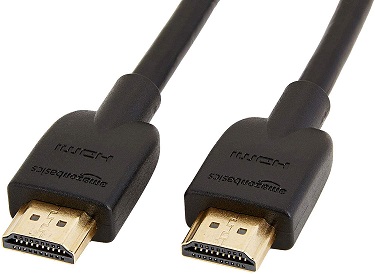 HDMI, when expanded, becomes High-Definition Multimedia Interface. You can think of HDMI as a digital connection using which you can transmit high-resolution audio and high-definition audio through a single cable.

The basic use of this cable is that you need not use multiple cables to transfer audio and video separately. The HDMI cables were developed in the year 2002 and came into the market by 2003 as HDMI 1.0.

One Plug, One Connection

Earlier wires were used with component connections. There were three plugs each for transferring the video data, or there were five plugs for audio transmission along with the video.

However, HDMI has a blend of both. You don’t need two connectors with HDMI cables. It’s because HDMI combines the audio and video into a single connection. This way, you won’t need to plug in multiple things.

And the latest version of these cables comes with an Ethernet channel. This helps in connecting devices with the internet and smart TVs. You can also find the Audio return channel, which helps in minimizing the cable clutter.

Another good thing about HDMI cables is that they can easily transmit uncompressed signals. This helps in achieving high resolution without losing quality.

CEC is another important feature you need to note. CEC stands for consumer electrics control which enables you to manage 15 devices with a single TV remote. It means you won’t have to get into the hassle of managing different remotes.

However, you need to ensure that the connected devices should have CEC enabled if you want to use this feature.

The HDMI can help you achieve the theater experience at your home. HMDI can transmit Dolby TrueHD, Dolby Digital Plus along with DTS-HD Master Audio. The latest version also has support for 3D video, which is another upside of HDMI.

Let’s now talk about what downsides HDMI cables have:

(Not) Going the Distance

It’s the power output from devices connected with HDMI cable that determine the transmission of the signal. And this sometimes acts as a limitation. After all, the cables are always limited to a certain length.

Let’s take an example. Blu-ray players usually transmit HD signals for up to 50 feet. However, with computer consoles, the length is limited to 30 feet or less. It should be clear that different devices come with different cable lengths, which can somewhat limit the usage.

It’s the reason several users still prefer component cables that can extend for up to hundreds of feet without losing the signal. However, there’s a solution to this. If you like HDMI cables, you can use HDMI extenders to increase the length of cables to transmit the signal over longer distances.

HDMI uses copyright protection, namely HDCP, which helps in ensuring that no one’s ripping shows or movies. This may not be the issue with new devices, but old devices usually miss this feature. It simply means that HDMI is not compatible with the devices which lack HDCP protection.

HDMI 1.0: It was released in 2002 and initially transferred up to 8 audio channels and a digital video signal. This version was capable of transferring data at speeds of about 4.95GBs/second.

HDMI 1.1: It came into existence in the year 2004. The HDMI 1.1 added the support for DVD audio along with a few changes in the electrical circuit.

HDMI 1.2: HDMI 1.2 was launched in the year 2005, which brought some major features like better PC support. It also supported low voltage sources such as PCI Express.

HDMI 1.4: This was released in the year 2009, which brought several features necessary for making it more versatile or flexible. It added the functionality of an Ethernet channel using which you could share the internet connection. It also added support for 4K, and that too at about 30Hz.

It added the audio return channel using which you could send data to a surround sound system without needing a separate cable.

HDMI 2.0: HDMI 2.0 was literally better than its previous variants. It came into existence in 2013 with an increased bandwidth of about 18GB per second. It could support a refresh rate of 60Hz, and that too at 4K. You could even add up to 32 audio channels with HDMI 2.0.

It also added High Dynamic Range, which helps achieve more natural, bright, vivid colors and highlights. It helps in achieving better pictures with detailed quality. However, before you enjoy the features, you need to first ensure a few things.

Your TV must support the HDR feature and comes with an HDMI connection that supports HDR as well. Along with this, the content you’re viewing should support. As gaming consoles these days support HDR, you can experience those bright and more crispy images while gaming.

HDMI 2.1: Now, this one is the latest and possibly the best HDMI version. It came into existence in the year 2017 and can support up to 48GB per second of bandwidth. Also, it can support a humongous resolution of 10K at about 120Hz. However, it would take some decent time before its use becomes widespread. It is because of the cable availability and the content created at such high-resolution settings.

This was almost everything you need to know about HDMI and HDMI cables. HDMI is a popular technology that is used across the world. It has amazing benefits like better resolution and mobile connectivity. It may have some downsides too, but the benefits outweigh them all. We hope the above info was insightful enough and was able to clear all your doubts.

Best Sunglasses for Men with a Fashionable Mind

High-Contrast Graphic Displays That Can Be Seen Even In Sunlight